Glaston has been the supplier of choice for a major automotive manufacturer, based in Coventry, since 2006. Over the years, Glaston has continued to install and service the growing number of air compressors and chilled water systems operating within the factory.

In early 2013, the customer held an internal Energy Summit to discuss how the systems were designed and maintained to ensure the factory was operating at the highest levels of efficiency. Glaston attended the conference to provide a detailed analysis of the compressed air and chilled water system, and present invaluable data on its performance.

During the regular maintenance visits, data is collected and processed to generate detailed reports on the compressed air usage and the associated costs. The customer reports showed that although it utilises the energy efficient HPC Kaeser compressors, and the latest Glaston Airstar controllers, the addition of a variable speed drive control compressor would improve overall performance.

Data analysis performed by Glaston demonstrated that annual cost savings of over £10k would be achievable with the installation of a variable speed drive compressor. With a significant investment needed, Glaston developed a bespoke solution and were able to retrofit variable speed drive controllers to the air compressors, which provided the customer with a quick, cost-effective solution.

Glaston has been fitting variable speed drive controllers to both new and used air compressors since 2000. Gaston’s technical expertise and dedication to energy savings saw the company awarded for a project completed in 2009, whereby a leading UK automotive supplier made an annual saving of £14k on the cost of running a 90kW screw compressor, following the installation of a VSD and compressor management system.

In this particular customer’s case, the new VACON 100 drive was determined to be the best solution, and in May 2013, the 110kW speed drive was installed over a three day period. Following the installation, the system has been operating flawlessly, and the anticipated annual savings are now being achieved.

The company’s Maintenance Engineer commented, “We have been using Glaston for many years now and have always been very impressed with the standard of work they provide. When they suggested retrofitting a variable speed drive controller to the compressor, and effectively demonstrated the potential savings, the project was immediately given the go-ahead. Following the installation the energy reports have verified the saving and we are delighted with the results. As a major automotive fuel tank manufacturer, it is very important for us to be as efficient as possible to benefit both the environment and to help sustain our position as a market leader.”

For more information on the benefits of retrofitting variable speed drive controllers to air compressors please contact us today. 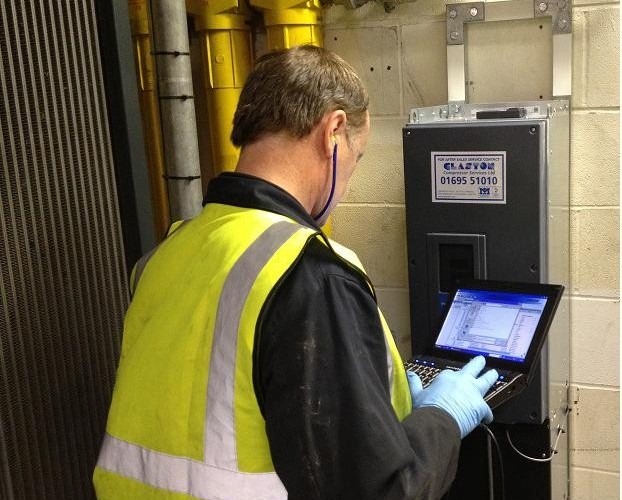